In 2004, I visited East Siberia for the first time. Together with colleagues from Oslo and Russia, we targeted the enormous sedimentary basin called the Tunguska Basin. The basin is cut by large rivers such as the Stony Tunguska and the Lower Tunguska – names that are familiar for those interested in Earth mysteries. Because in late June 1908, something exploded in Siberia that created shock waves that knocked down 2000 square kilometers of the surrounding Taiga and was recorded all the way to central Europe. It’s known as the Tunguska event. But what happened?

Most scientists believe it was caused by a meteorite or asteroid impact, whereas others put the blame on sub-surface explosions. The problem is that the evidence is missing. There is apparently nothing out there, not even a small crater that can verify that the event was due to an impact.

We went there by helicopter in late August 2004, and camped in the middle of the estimated epicenter of the blast (Picture 1). We put up the tents on the permafrost ground, and went searching for volcanic rocks. Yes, volcanic rocks. Our target was not to study the impact site per se, but to investigate the geology in the area. We knew from Russian maps that the surrounding hills were composed of volcanic sill intrusions, and the idea was to sample those hills, and look for structures associated with volcanic gas release. One of the few outcrops of volcanic rocks is shown in picture 2. Fieldwork in the Taiga is a challenge… 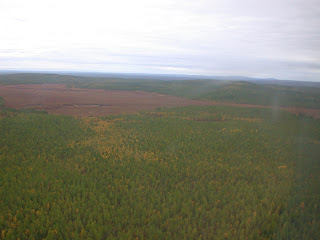 Picture 1: The epicentre of the Tunguska 1908 event. 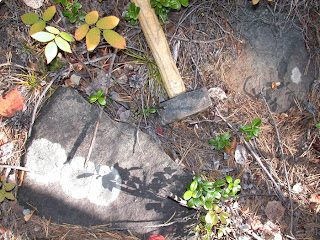 Picture 2: Outcrop of a dolerite sill.

The next day we moved camp to the shore of Lake Cheko, where met the park ranger. In picture 3 you see our helicopter, the kitchen, and the southern part of the lake. 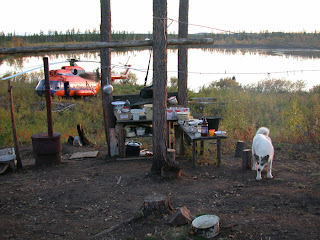 The problems started the following day, after we came back from a trip looking at the geology of the south-western part of the area. We saw the trees that fell in 1908, which still dominated the landscape (picture 4). We sampled some interesting volcanic rocks that were deposited in water, most likely shallow lake water.

When we returned to Lake Cheko, the police had arrived and gave us a hard time due to visa-related issues. Guns were pulled, a policeman got wet, and we had to answer questions about why and what, where and how.

We left the lake and the Tunguska site a couple of days later. The question about what happened there still lingers.

Epilogue: An Italian research group in Bologna has visited Lake Cheko several times, and they claim that the lake occupies the crater formed in 1908. But they are not entirely sure: “Up to now, it is not clear whether the great explosion was due to a comet or an asteroid or something else. We are searching for an answer.” (http://www-th.bo.infn.it/tunguska). 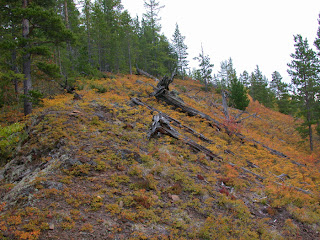 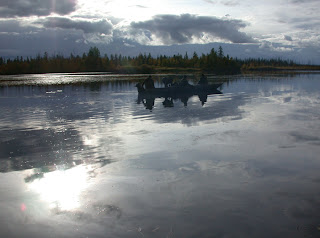 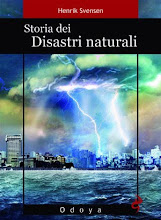